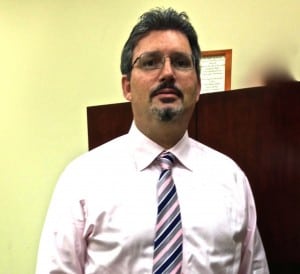 So, how did I end up writing novels of historical fiction that take place during times immediately preceding or following the end of slavery? Excellent question…the answer might surprise you.

I never had much of an interest in formally documenting my family history until about ten years ago, when I sat at the dining room table with my mother and my aunt. They told me all that they knew about our ancestors and could only go back a few generations. That was the humble beginning of a project, which after a long period of limited progress, took on steam in 2012 when I decided I would devote a year to thoroughly researching and documenting my family history. My goal was to present a family history book to my mother as a present for Christmas in 2013.

I started out the typical way and discovered quite a bit of information on Ancestry.com. Then I hired genealogists in the U.S., Ireland, and the Caribbean. As the story started to come together, I uncovered some interesting things in terms of ethnicity and religion.

My Irish ancestry can be traced back to the late 1700s in Ireland. Each of my Irish family lines stayed throughout the Great Famine in the 1840s, but then left for the United States over the next 20–30 years. Some of my ancestors went to Chicago, which had a tremendous Irish population, and they were in the city during the Great Chicago fire of 1871. Others went to New York around the time of the Draft Riots in 1863, which pitted the Irish against the blacks. My Irish line has been consistently Catholic over the years.

While the Irish side didn’t offer so many surprises, my “other side” did. I suspected that I was a blend of different ethnic backgrounds on this side, but what I discovered fascinated me. I have one line of Sephardic Jews that I can trace back to Portugal in the 1500s. This branch of the family owned slaves in St. Domingue (modern-day Haiti) just before the slave revolution, eventually intermarried with a mulatto line of former slaves, and became Anglican from that point forward. I have another branch of my family tree that I can trace back to the marriage of a white planter to a free woman of color on the island of Nevis in the Caribbean in the early 1800s. This line was also Protestant.

Life, of course, is so much more than ethnicity and religion, and the stories I uncovered—which are very well-documented —are much more sensational than ordinary. My family has been both poor and wealthy and no stranger to scandal. Some of the more colorful characters include disbarred lawyers, promiscuous husbands, bootleggers, numbers runners, scammers, politicians, and athletes. My 200-page family history provided the inspiration for my first novel, Failed Moments, and immersed me in the racial struggles of post-Civil War period.  This debut book proved to be the beginning of my Slavery and Beyond Series, which includes four novels and two short story prequels.  So, that’s my story!  I hope you enjoy my books!