Read what people are saying about Book One of Allen’s Slavery and Beyond Series: “Immersive, Amazingly Original—Epic Story Across Two Centuries—A Tale of Redemption for the Ages” 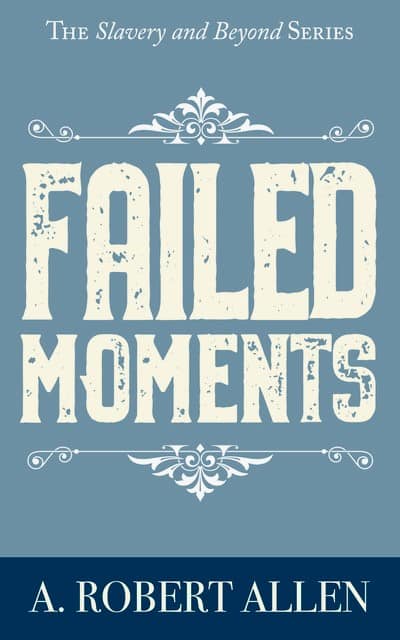 Patrick Walsh finds himself in this precarious position as he goes back in time from modern day New York City to:

The French Caribbean in 1790
Biracial plantation owner Patrice Beaumont is known as a “kinder” slave master and claims to be committed to ending slavery, but his actions don’t back-up his words. Is being the “best of the worst” all he’s capable of?

1863 New York City
Irish street fighter Patrick Allen is days away from the biggest fight of his career, when the Draft Riots ignite dangerous racial conflicts around the city. Never one to take sides outside the ring, he steers clear of the angry mobs. So when he stumbles on a lynching in progress, who can expect him to do anything more than look away?

Tackling race relations from a unique perspective, Failed Moments is a thought-provoking adventure that questions the measure of a man not by his decision to do no harm, but his willingness to act on what is right.

Scroll up and grab a copy today!
Subscribe to receive a free copy of the Slavery and Beyond Primer, a complete guide to all of A. Robert Allen’s books as well as the associated history.