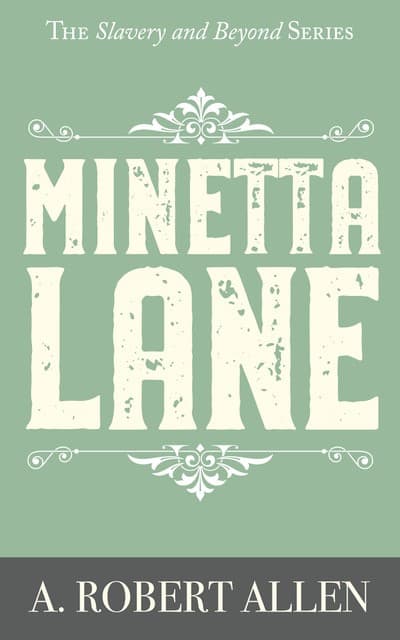 1904 New York City – Bodee Rivers, who has always run from the major challenges in his life, moves to MINETTA LANE, the most dangerous block in the city. He struggles to find the strength and courage to survive in his new surroundings, which are governed by an unusual race-based code.

Bodee’s circle of family and friends help him successfully manage some initial tests of his perseverance, but when he finds himself alone and confronted with an overwhelming challenge, he isn’t sure he’s up to the task. Stand and fight or cut and run? Running is what he knows. Running is what will keep him safe. Will Bodee find the courage to fight, or will he simply do what he has always done? Pick up a copy to find out.

MINETTA LANE, the third volume in A. Robert Allen’s Slavery and Beyond series, is a stand-alone novel that continues the broad themes of the first two volumes, Failed Moments and A Wave From Mama.

Scroll up and grab a copy today.